As you know, T-Rexes & Tax Law releases next week. Well, book two is written, and I'm excited to be able to reveal the cover! 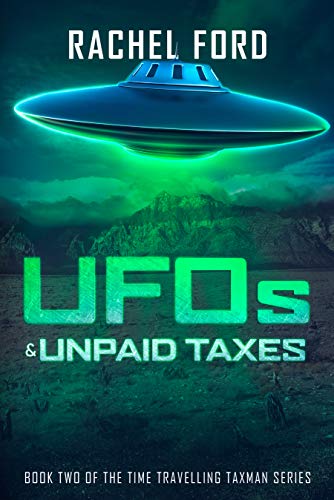 A routine tax fraud investigation. A trip down the Extraterrestrial Highway. A chance encounter with a mysterious visitor from outer space.He should have left it there. But Alfred Favero, Senior Analyst with the IRS, couldn’t.
Now he’s suspended from work and on the run from shadowy government agents as he tries to protect an ambassador from another world. Meanwhile, an old friend is taking advantage of his absence to woo his sweetheart. Alfred’s life is falling apart.
And things are only about to get stranger…