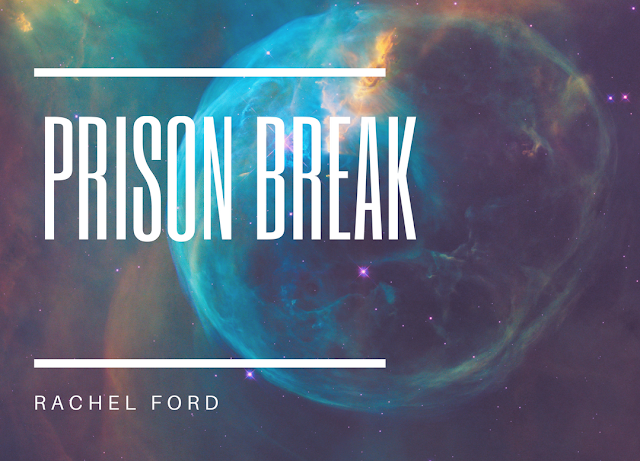 This blog post is devoted to exploring one of the key themes of Prison Break and the Unholy Trinity series: interfaith cooperation, especially among the marginalized.

How does interfaith friendship impact Prison Break, or the Unholy Trinity series? Interfaith cooperation and friendship is really the backbone of Prison Break and the series. Without delving too deeply into the world (that's another post), the series takes place in a universe of limited and strictly sanctioned intellectual diversity -- and it's dangerous to hold beliefs that fall outside of that spectrum. One of Prison Break's protagonists is non-religious (Agata) and the other is a priest (Father Edlin). Both hold beliefs that are decidedly outside the mainstream, but it's Father Edlin whose beliefs actually land him in trouble.

How? Father Edlin sees the church as a mission from God, a calling to serve the people. Edlin believes that faith is justified by works, and that the state-sanctioned religious institutions of the day are too heavily invested in accumulating wealth and power rather than relieving suffering. This is heretical belief, and a challenge to orthodoxy that neither state nor church will allow to go unpunished.

How do Edlin's beliefs contrast with Agata's worldview? Agata is a skeptic, but she keeps her head down. Already being outside the mainstream, she doesn't want to rock the boat. And working full time as first a freighter hand and then freighter operator doesn't leave her with much opportunity anyway. By contrast, Edlin's beliefs call him to challenge the wrongs he sees; they compel him to right them. He tries to work within the system, whereas Agata mostly avoids the system.

Holding such different stances, how do Agata and Edlin wind up working together? This cooperation is precipitated by an encounter detailed in the story, so I won't get into specifics. But speaking generally, mutual respect, a willingness to engage with other ideas, and old fashioned human decency are key -- as they are key to any relationship. That's not to say they agree all the time - they often don't, and are both certain in their own stances. But mutual respect and cooperation bridges those divides and in turn empowers both in ways they would never have imagined without stepping outside of their comfort zones and being willing to engage.

Why choose this topic to write about? It's cliché, I know, but the topic chose me. I grew up religious, am not anymore, but live in a mostly religious area. Interfaith cooperation is key to my world. In writing Prison Break, and loving the universe so much that it went from a short story to a series, it wasn't specifically a goal, though. I had an idea about a set of characters, and it just went from there.  :-)


Have a question you'd like me to answer? Want to know more about Prison Break or the Unholy Trinity series? Leave a question in the comments. It may end up being answered in my next blogpost!
atheism fiction friendship interfaith prison break religion science fiction unholy trinity