Discuss the story: what is the Unholy Trinity? 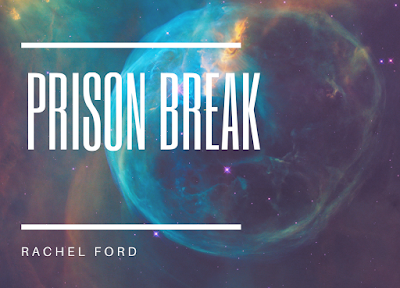 This blog post is devoted to the series' religious ruling power, the Unholy Trinity


What is the Unholy Trinity? A powerful conglomerate of the three prominent branches of belief, and the myriad subdivisions within each branch - monotheists, polytheists and technotheists (more on them in another post). This union is state sanctioned, and in turn exercises considerable control over the state. This particular confederation, sans any separation between church and state, proves dangerous - deadly - for those whose beliefs fall outside the mainstream, approved systems. It is the primary source of conflict in Prison Break, necessitating the titular event, and will resurface in the next book, Judas Kiss (in progress) as well. The trinity's ability to function is driven by its cooperation, but its power - and danger - comes from its influence over government.

What is the inspiration for the Unholy Trinity, and it's impact on the world of Prison Break? There are a lot of real life examples I drew on for inspiration. Basically, any time in human history when the wall between church and state has either never existed or been deconstructed -- in either direction -- it's meant bad news for everyone but the most powerful. Whether it's Vladimir Putin's Russia, and the craven religion decades of state control has created there, or the religious inquisitions that drove state executions all throughout Europe and England (let's not forget Salem, while we're on the topic), the more that wall erodes, the worse human conditions become and the less human rights and lives matter. Which, obviously, is not to say that either state or religion is the "culprit" - whichever configuration of that mix, the results tend to be the same - but rather that the mix itself has always proved destructive.

Is the Unholy Trinity the series' antagonists? No. In Prison Break, their role is probably more antagonistic than we will see in the rest of the series. Certainly, more so than in Judas Kiss. The trinity, though, is more the backdrop, a defining feature, of the world than any kind of central villain. (Not that, at times, it doesn't feel that way to the characters whose lives are being impacted).

If not they're not the antagonist, than who? That would be telling. :)

Have a question you'd like me to answer? Want to know more about Prison Break or the Unholy Trinity series? Leave a question in the comments. It may end up being answered in my next blogpost!