I'm delighted to announce the first of a number of releases for 2019. Catalyst is a novelette introducing the world and one of the key players in the Tribari Freedom Chronicles dystopian sci-fi series. It will be available January 15th for purchase. I'll have a pre-order link up probably after Christmas.

But without further ado, the cover reveal: 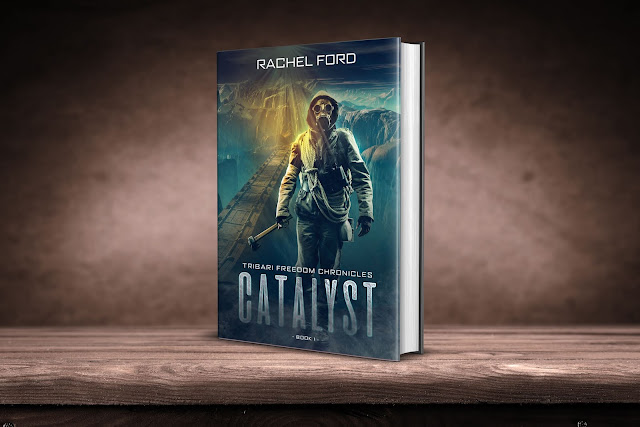 About Catalyst: For a week, Brek Trigan has left behind the frigid nights and icy days of life on the mining colony he calls home. He's on holiday to his ancestral planet, and he finds a sparkling, welcoming world of riches and warmth.

But the longer he remains, the more he begins to see cracks in the glistening façade. When civil unrest erupts, Brek's plans for a peaceful getaway are dashed. Suddenly he's drawn into a conflict that will change the fate of his people, whether he wants to be or not.


Uprising, Book 2 in the series, is tentatively scheduled for a mid-to-late March release. Uprising will be a full length novel.

I've got lots more planned for 2019, including more series and standalone books. Can't wait to share them all with you -- thank you for coming along for the adventure!
catalyst cover reveal dystopian fiction new release science fiction Tribari freedom chronicles