It's one of my favorite times: cover reveal time! Coming February 15th: T-Rexes & Tax Law, book one of The Time Travelling Taxman Series. 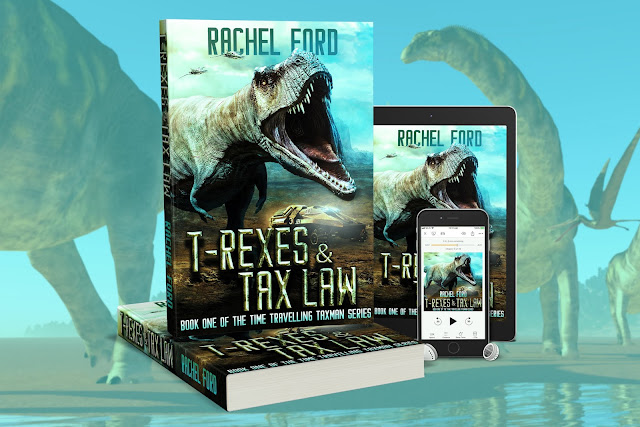 He shouldn’t have pushed the button. But Alfred Favero, senior analyst with the IRS, pushed the button. And now he’s 67 million years in the past, stranded out of time with a coworker who hates him and a bunch of tax cheats.
Oh, and then there’s the other inhabitants of his prehistoric home: the dinosaurs that want to make a meal of him. Things couldn’t get worse.
Until a mysterious visitor from an uncertain future shows up with murder on his mind…


It releases February 15th, is available for pre-order here, and the audiobook version is in the works as well!